The site of metabolism prediction software

MetaSite is a computational procedure that predicts metabolic transformations related to cytochrome and flavin-containing monooxygenase mediated reactions in phase I metabolism. The MetaSite algorithm is unique in being the only software that is not training set dependent, and therefore exhibits improved predictive performance for novel pharmaceutical compounds.

MetaSite considers both enzyme-substrate recognition, which is a thermodynamic factor, and the chemical transformations induced by the enzyme, which is a kinetic factor.
The MetaSite flowchart was recently improved by experimental information from the Human CYP Consortium Initiative, a joint venture between pharmaceutical companies and Molecular Discovery, working together to solve the most important issues in drug metabolism (for further information on CYP Consortium Initiative, see this page). MetaSite gives unprecedented prediction performance, and has now been updated to include the major FMO isoform (FMO3). Key features include the automatic suggestion of fragment modification to optimize specific metabolic issues (MetaDesign), and an interaction map of the substrate with the enzyme cavity (32D) to aid optimisation in the context of the enzyme. 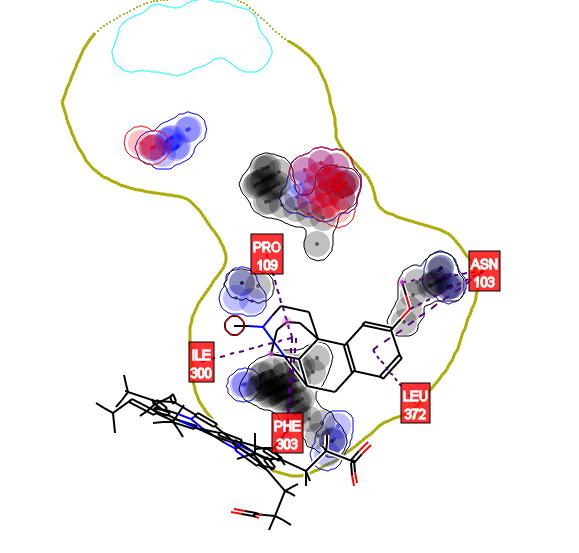 Validation of MetaSite in CYP-Consortium data and in more than forty pharmaceutical companies has shown that the primary site of metabolism was found within the top three MetaSite predictions for more than 90% of the cases.

To request a copy of Metasite, visit Molecular Discovery site.

This website uses cookies to improve your experience while you navigate through the website. Out of these, the cookies that are categorized as necessary are stored on your browser as they are essential for the working of basic functionalities of the website. We also use third-party cookies that help us analyze and understand how you use this website. These cookies will be stored in your browser only with your consent. You also have the option to opt-out of these cookies. But opting out of some of these cookies may affect your browsing experience.
Necessary Always Enabled
Necessary cookies are absolutely essential for the website to function properly. This category only includes cookies that ensures basic functionalities and security features of the website. These cookies do not store any personal information.
Non-necessary
Any cookies that may not be particularly necessary for the website to function and is used specifically to collect user personal data via analytics, ads, other embedded contents are termed as non-necessary cookies. It is mandatory to procure user consent prior to running these cookies on your website.
SAVE & ACCEPT
Posting....